As we are approaching the critical point of November 11th, there are deep underlying structural changes in the global financial system.
The Jesuit plan for financial crash that would then lead to a global cryptocurrency similar to Libra has collapsed.
First, Libra project was ditched:


Third, existence of powerful quantum computers was leaked by the Light forces.
All this was enough for the Jesuits to change their plans, and now they are not tying their financial crash to their global cryptocurrency, but to climate emergency:
https://news.goldcore.com/bank-of-england-warns-of-an-abrupt-financial-collapse-due-to-climate-emergency/
https://www.strategic-culture.org/news/2019/10/02/central-bankers-go-green-why/
https://harley.larouchepac.com/forget_greta_the_central_bankers_are_the_real_eco_fascists
At this point you are probably well aware that global warming is a scam and has no basis in real science:
https://moneymaven.io/mishtalk/economics/global-warming-fraud-exposed-in-pictures-bA-1mNrK0kiarserpfa9iA/
Again, there are certain plans of the Light Forces set in motion and the Jesuit plan for the financial crash will not go as planned.
The Light Forces have plans for global financial Reset that will bring prosperity to people and I will be speaking about this plan in detail in the coming Ascension conference which will be taking place on the weekend of November 30th / December 1stin Taiwan. You are more than welcome to join us:
http://portal2012.org/Taiwan.html
Our Silver Trigger activation on November 11thhas a real potential to become the turning point in preparations for the positive financial Reset.
All people buying silver on November 11th will create a powerful energy grid around the planet that will send a pulse of Light into the global financial system. 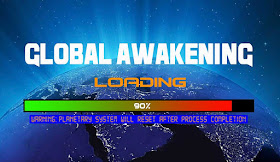 Victory of the Light!