The post itself is referring to former Marine Corps Intelligence Activity creator, Robert David Steele’s #UNRIG movement to bring down the Deep State, and it clearly demonstrates the MASONIC 33 and the date 11/9 mentioned twice, which, when reversed reads 9/11. Q is WARNING to stay vigilant for 3 days and 3 nights and mentions L.A. 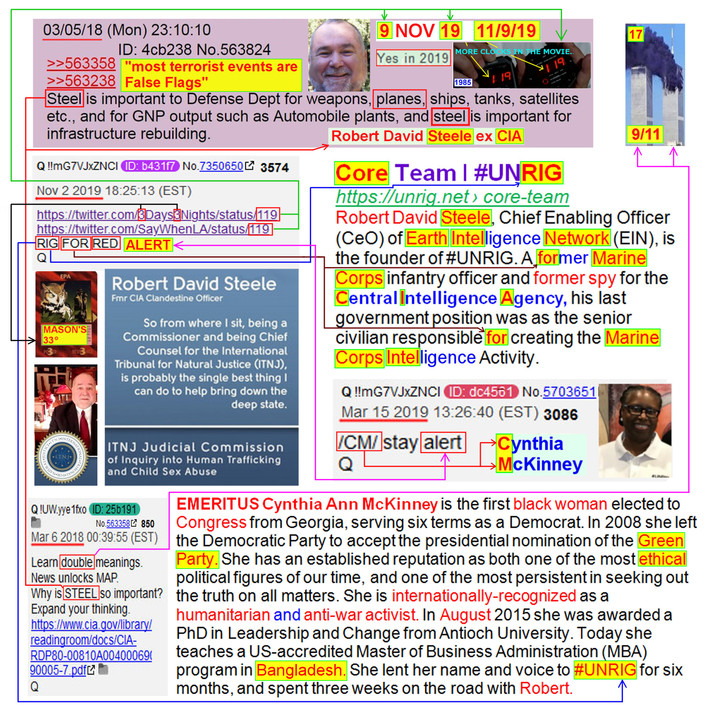 During the 9/11 attacks on September 11th, 2001, one of the reported four planes bore the flight number 93 and is supposed to have crashed into a field. 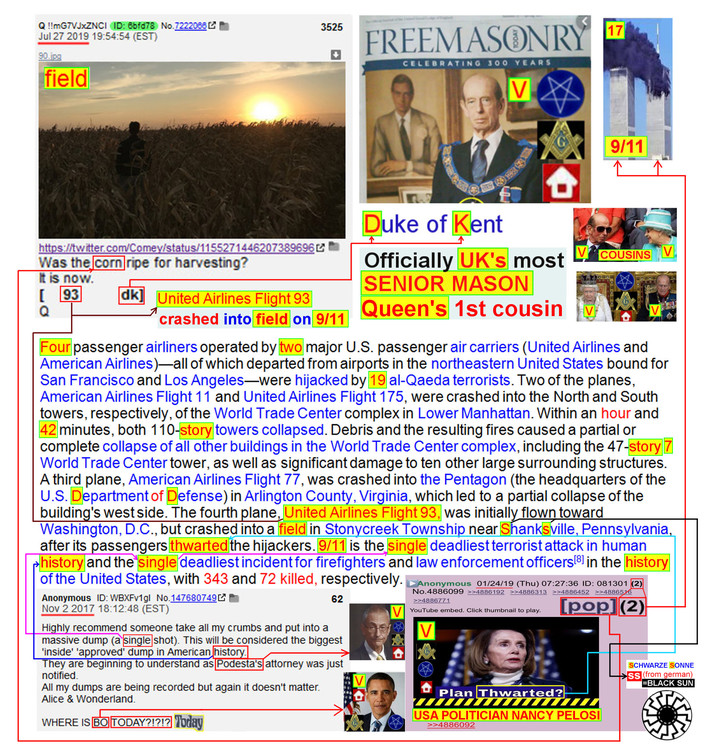 The 1985 time travel movie Back To The Future clearly predicted, not only the 9/11 attacks, BUT, the next one scheduled 34 years later, first for 1/19/19 and then on 9th November 2019 (11/9/19) using the American date system, and is confirmed by former CIA Intelligence Officer Robert David Steele, who has stated that every single terrorist attack has been a False Flag, carried out by our own joint USA/UK militaries and security services.  Q is confirming that all the world leaders were personally involved in 9/11, and, thus by definition-all the other FF’s. 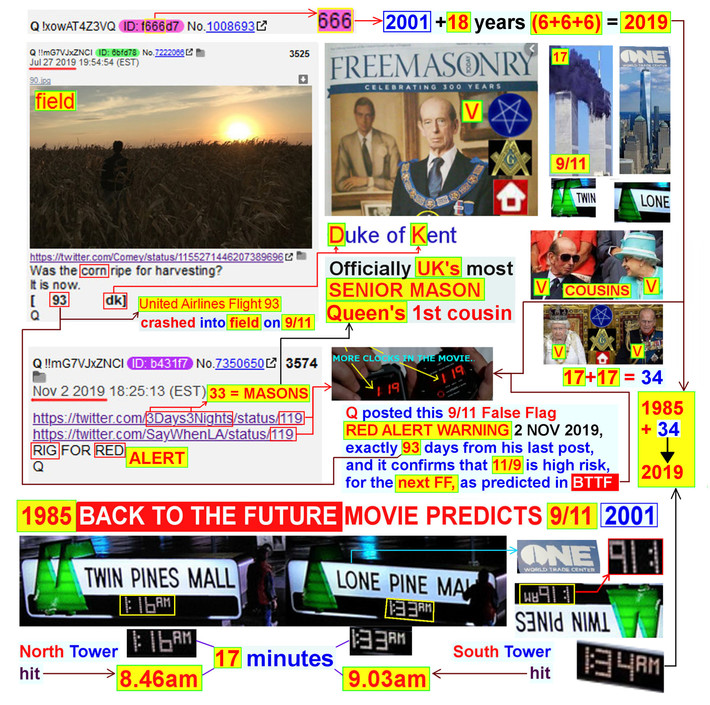 When Q states: ‘Why is Steele so IMPORTANT, it is the expanded disclosures that he supplies concerning the Secret Space Program and SAPs that are majorly important and not addressed in this article, but will be elsewhere once completed and at a later date. 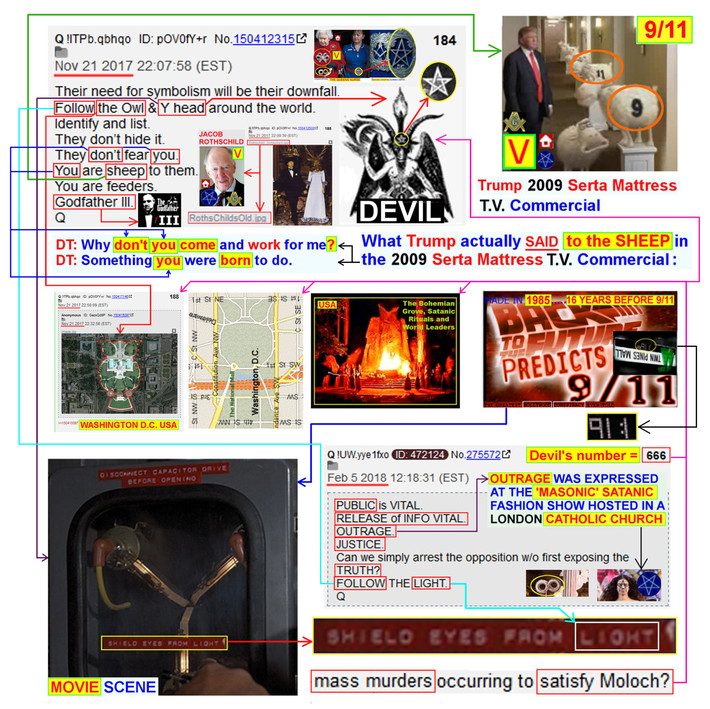 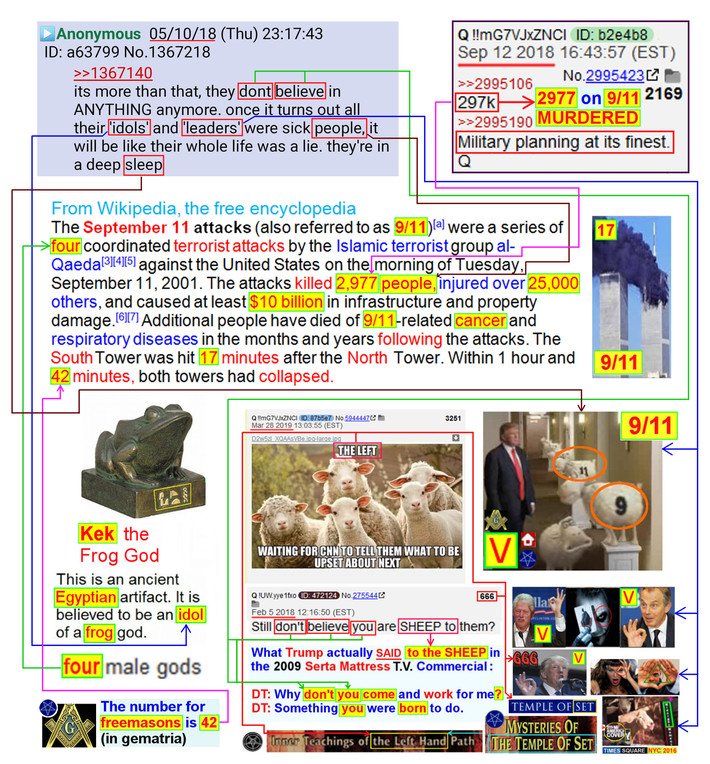 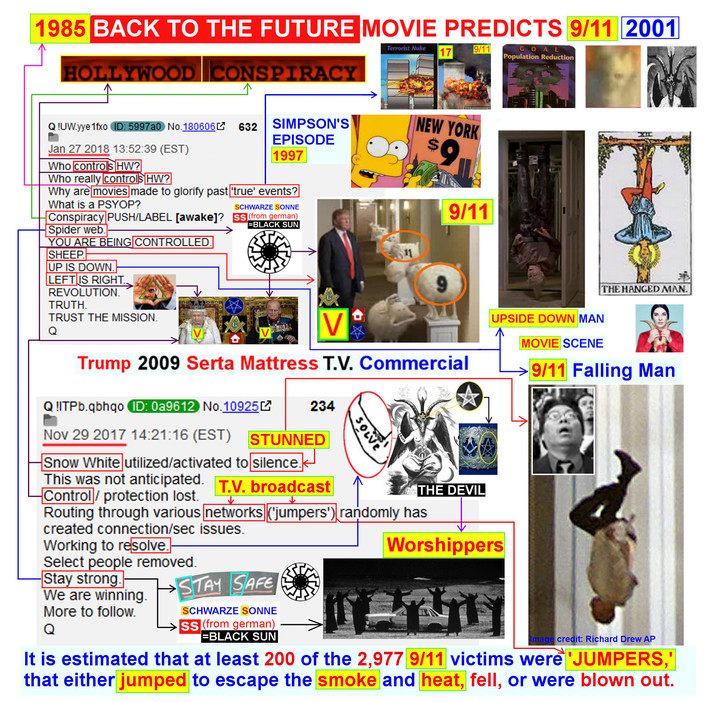 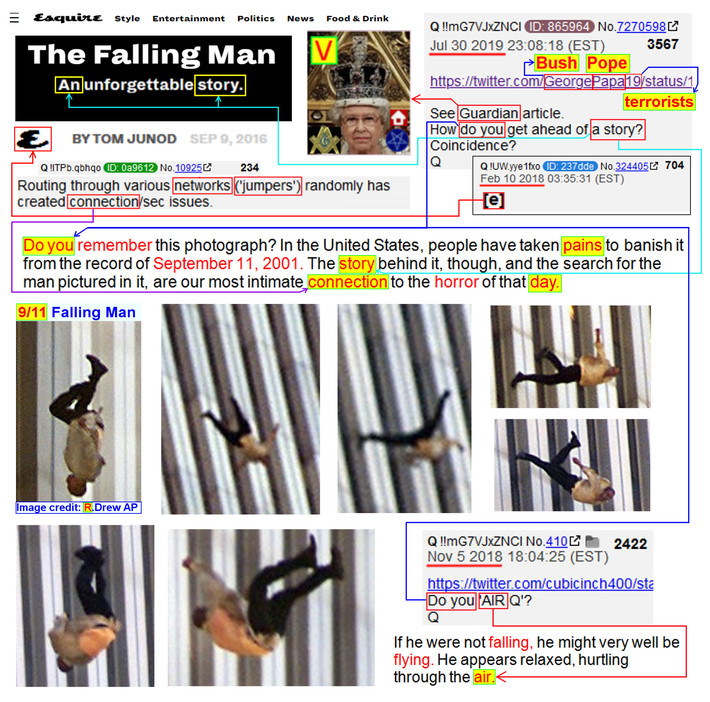 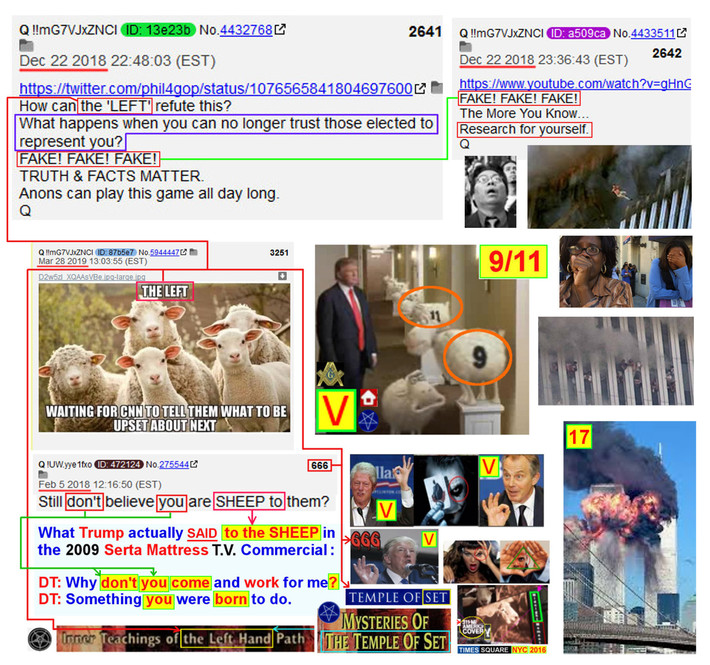 Two high profile UK whistleblowers, who stated the same thing were MURDERED. On 17th July 2003, David Kelly, a weapons inspector, who found NO evidence of WMD’s (weapons of mass destruction) in IRAQ which was used as an excuse to invade IRAQ, and Robin Cook, former UK Foreign Secretary, who stated that there was NO Islamic terrorist group called Al Qaeda, and any intelligence officer would have known that.

Both men were aged 59 when murdered and both were found in FIELDS just like the one flight 93 is supposed to have crashed into. Q There are NO coincidences. 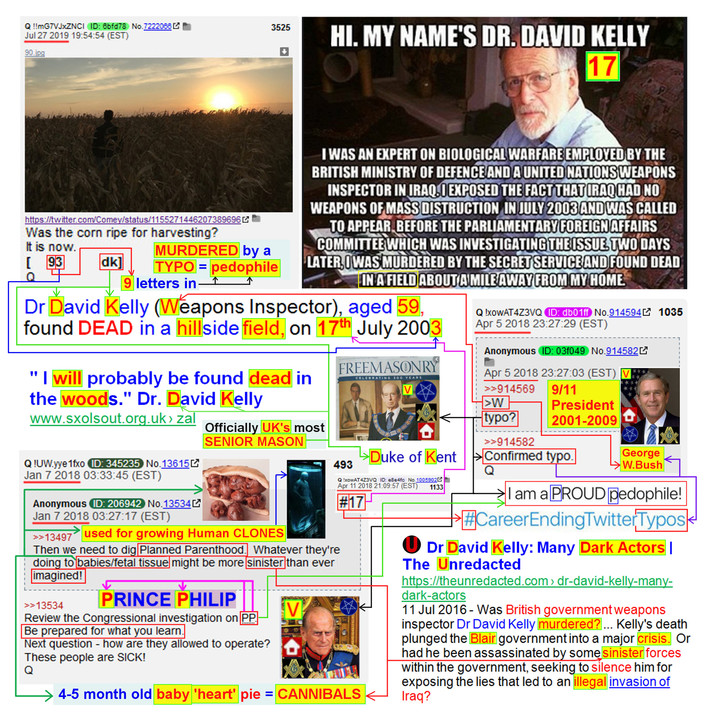 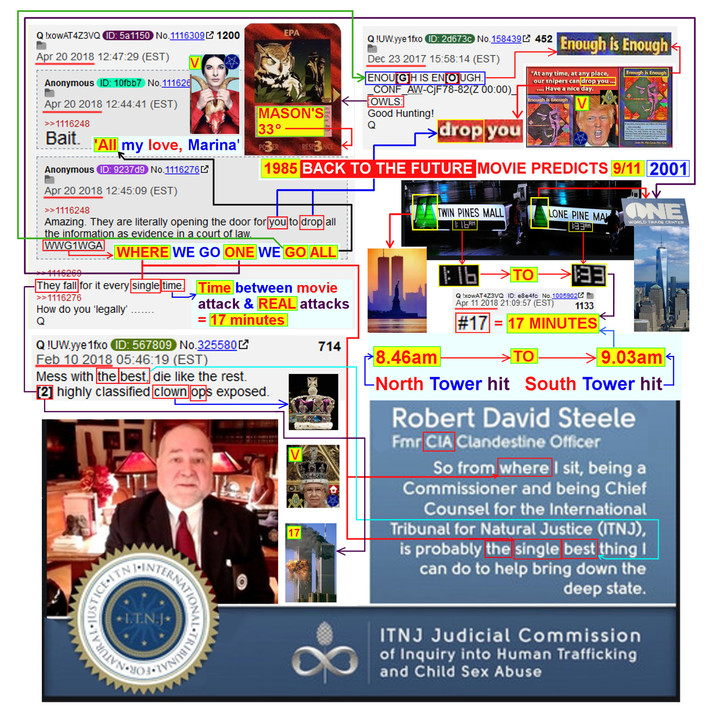 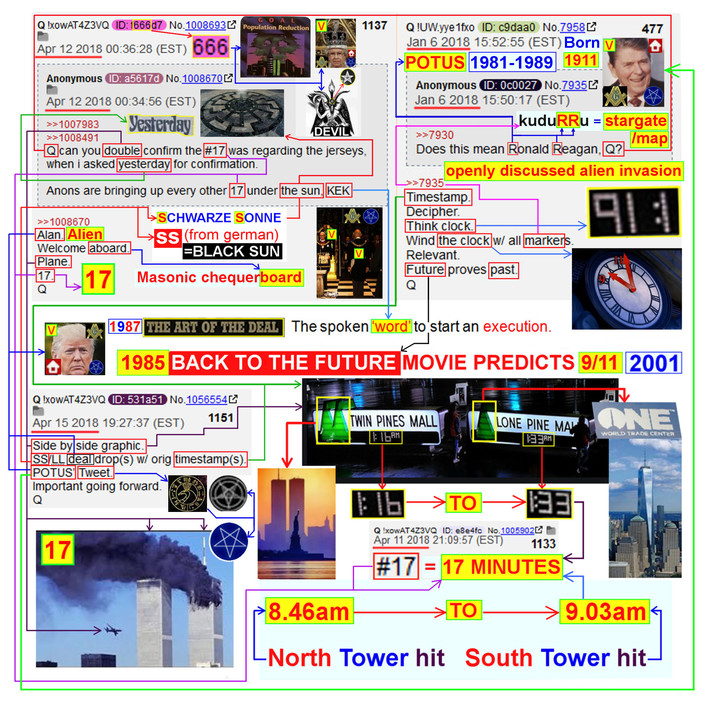 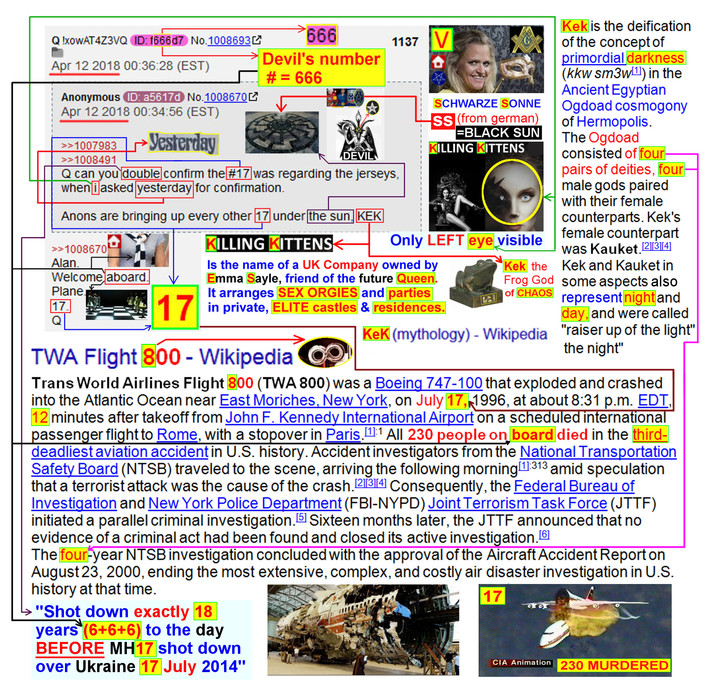 Here is the link to a detailed and recently updated 11/9 FF warning posted here on 13th October 2019 concerning the 11/9 attack.